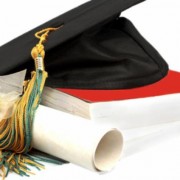 Cape Town – South Africa’s lucrative English language school industry is starting to crumble with at least two schools shutting down and fears of several others to follow over the country’s recently implemented visa regulations.

Over the last two years, English language schools have been bearing the brunt of South Africa’s visa requirements due to a gap in the system and the lack of coordination between the departments of Home Affairs and Higher Education.

International students studying English in South Africa declined by 37% from 2014 to 2015, according to Education SA (EduSA), a national association of English language centres with 23 member schools.

“Two of our members recently closed down and schools are really starting to struggle after diminished numbers for the past two years,” EduSA vice-chair Torrique Borges told Fin24.

The impact of this fall in student numbers stretches far beyond the schools itself and ultimately means less spending by foreigners.