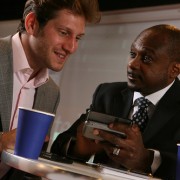 The number of ultra high net worth South Africans seeking foreign citizenship or residence permits by investment has doubled in 2016, says Henley & Partners.

“It’s not like all those years ago when South Africans left to Australia. Now, South Africans are realising that they don’t physically have to pack up and go. They can make wise offshore investments and gain foreign passports and/or residence, and give their families more security at the same time,” said Sandra Woest, a senior partner at Henley & Partners local office.

According to Woest, 300 to 350 South Africans have approached the citizenship and residence planning firm over the past 12 months. She said this was an increase on the previous year’s queries but would not be drawn into detail as to how many people completed the process by securing either citizenship or residency abroad. She said 95% of the people she deals with do not wish to leave South Africa but rather view gaining foreign citizenship or residency as a “plan B” and a form of security against political and economic uncertainty.