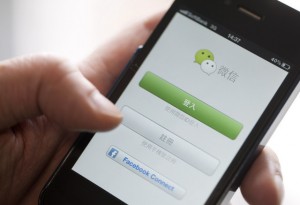 Not satisfied with merely being a titan on the mainland, Tencent is also apparently well and truly conquering Africa with the rise of the WeChat Wallet launched last November. Thanks to a long-term partnership with leading African media company Naspers, the Chinese service is also gunning for competition from the US.

In the context of Africa’s growth — in which China is known to have a vested interest — WeChat’s looks to be acquiring as much market share as possible during the country’s early Internet-using years, which are allowing for experimental business maneuvers. Indeed, the WeChat Wallet, which facilitates p2p money transfers, prepaid credit purchases, etc., doesn’t even require a bank account.

This article was published from