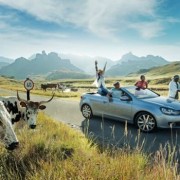 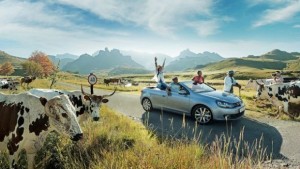 When Ben Asoro pitches business to countries outside Africa, he is still asked about the 2013 Kenya Westgate shopping mall shooting in which 67 people died and 175 were injured, IndependentOnline reported.
Asoro is marketing and sales director at the Calabar International Convention Centre in Nigeria. Different country.
Tourism and other business suffers in Africa when tragic events that happen in a single mall, market or region of the continent are wrongly attributed to the entire continent.
Xenophobic attacks, acts of terror and outbreaks of disease are the main perception issues that are snatching opportunities from African businesses and tourism organisations, according to the Meetings Africa conference Wednesday, IOL reported.
While tourism was recovering from the Ebola scare in Africa and xenophobic attacks in South Africa, new visa laws ensured that South Africa did not benefit from the fast-depreciating rand, Moneyweb reported.
The South African government has since backed down on some of the more stringent visa measures. Cullinan Holdings, a South African company with diverse interests, is heavily invested in tourism. The company shared its experiences in 2015.
Cullinan’s marine and financial services divisions recorded excellent growth but the tourism division, which contributes the bulk of group income, dragged down the overall performance. Marine and financial services segments increased 30 percent to $4 million US and 86 percent to $7.8 million respectively. Tourism revenue dropped 10 percent to $47.4 million, Moneyweb reported.
Reputation is the cornerstone of tourism and South Africa’s has been badly damaged, according to Moneyweb. Unfriendly visa regulations are being reversed but it is difficult to tell the extent of damage that they caused at this point. However, South Africa’s world class tourism infrastructure may help the recovery.