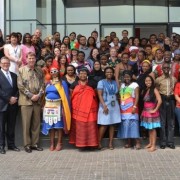 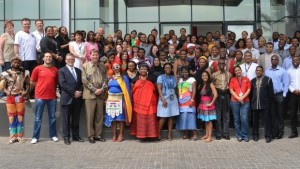 General Electric, the sixth-largest firm in the U.S. by gross revenue, and the 14th most profitable, hopes to expand in Africa — especially Ethiopia and Mozambique.
The Boston, Massachusetts-based conglomerate expects to double revenue and employees in Africa with the expansion, BidnessEtc reported.
These are some of the sectors GE does business in: appliances, power and water, oil and gas, energy management, aviation, healthcare, transportation, financial services, pharmaceutical, automotive, software development and engineering industries.
Power will be GE’s biggest growth sector in Africa, with opportunities in rail and health care, according to SeekingAlpha.
GE expansion will include aviation in Ethiopia, oil and gas in Mozambique, and rail and healthcare in both, GE Africa President President Jay Ireland said Wednesday at the Bloomberg Africa Business and Economic Summit in Cape Town.
“We’re very optimistic about Ethiopia. We’re also optimistic about Mozambique, and expanding our footprint in both of those countries,” Ireland said.
This article was published here