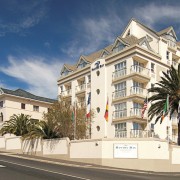 Johannesburg — THE number of planned hotel rooms in Africa has soared to 64 000 in 365 hotels, up almost 30 percent on the previous year.

This is according to new figures from the annual W Hospitality Group Hotel Chain Development Pipeline Survey.

The increase is largely down to strong growth in sub-Saharan Africa, which is up 42, 1 percent on 2015 and is significantly outstripping North Africa which achieved only a modest 7,5 percent pipeline increase this year.

A major shake-up in the rankings by country saw Angola, never before listed among the top 10, push Egypt out of second place, due to a major deal there signed by Accor Hotels.

Together with Angola, the two countries account for 17 782 rooms between them, almost 30 percent of the total pipeline and 40 percent of the signed rooms in sub-Saharan Africa.

The 2016 survey provides a full picture of hotel development across the continent – 36 hotel chains and 86 brands with more than 64 000 rooms in 365 hotels.