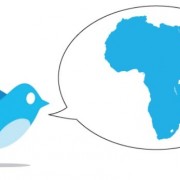 Egypt was the most active African nation on Twitter in 2015, with 450 million tweets, according to a report released on April 6, 2016 by Portland Communications, an integrated company based in London, United Kingdom. 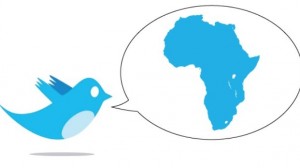 This came barely five years after the micro-blogging site was blocked in the North-African nation in 2011, after Egyptians took to the streets during the Arab Spring that started in neighboring Tunisia.
According to Mail & Guardian Africa, the report, ‘How Africa Tweets’, is published annually and it analyses Twitter trends, hashtags and online habits in African countries.
It put Nigeria in second place with 350 million tweets, South Africa (325 million), Kenya (76 million) and Ghana with 65 million tweets.
Africans used the online social platform to pre-dominantly talk about politics.
The report showed that 10 percent of the total tweets in Africa were about politics, more than the United States and United Kingdom where political conversations only made up one to two percent of hashtags in 2015.
Since 2012, Egypt, Nigeria, South Africa, Ethiopia and Burundi led in political conversations on Twitter. These nations have experienced increased political activity since 2011 the Arab revolution hit Egypt, while Nigeria, Burundi and Ethiopia had their presidential elections.