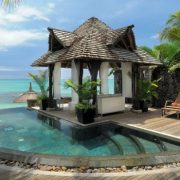 This follows another deal, concluded earlier in October with Mara Delta acquiring the Tamassa Resort for $40 million in Bel Ombre, Southwestern Mauritius, through a sale and leaseback agreement.

With an economy based on tourism and financial services, Mauritius is considered a model of stability. It has one of Africa’s highest per capita incomes, solid ownership rights and a free and independent media. It’s rated one of the top five prime property locations in sub-Saharan Africa along with Cape Town and Sandton, according to New World Wealth Mauritius Investment Review.