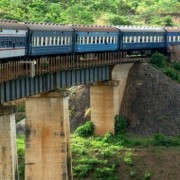 China has pledged to finance the Tanzania-Zambia Railways (Tazara) and extend it to four other countries. 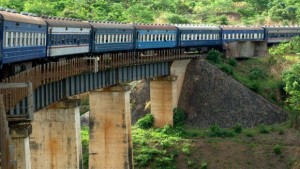 Official from the three governments — China, Tanzania and Zambia —  are meeting in Dar es Salaam to put together details of the plan whose proposal include reducing the bloated Tazara workforce, The East African reported.

The plan will include renovating the 1,860 kilometers track and linking Tazara to Tanzania’s new Bagamoyo port and to Malawi, the Democratic Republic of Congo, Rwanda and Burundi.

The plan is part of the China-Africa co-operation agenda discussed at the Forum On China-Africa Co-operation in Johannesburg in December 2015, Rowland Msiska, secretary to the Zambia Cabinet said.

“Rwanda, Burundi and Eastern DR Congo will be linked through the Seleka-Mpulungu section of Tazara in Zambia, where the construction study has already been completed and is only awaiting financing,” Bruno Ching’andu, Tazara CEO, told the East African.

The Citizen reported that China will take over the management and operation of the railway line in a privatization arrangement that has been termed by the Tanzanian government as turn-around strategy.

Tanzania and Zambia would also review their domestic laws to provide for preferential provisions in the running of Tazara, with a view to attracting more private players.