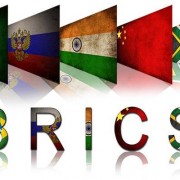 The Ministry of Tourism in India will hold a BRICS Convention on Tourism from September 1-2 in Khajuraho Madhya Pradesh as a precursor to the BRICS Summit to be held in Goa on October 15-16.

The convention will comprise inter-governmental exchange of views, panel discussions on technology, innovation in tourism, and co-operation between the BRICS countries for promoting intra-regional tourism.

Arrivals to South Africa from China, India and Brazil account for 11% of the overseas arrivals for the first six months of the year. Statistics for Russia have not been isolated.

Eating Around Africa: 15 Foodie Destinations To Explore
Scroll to top