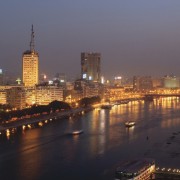 Cairo: Egypt is confident of luring back millions of foreign visitors and putting a smile on their faces, according to its new tourism minister, despite heavy first quarter losses and setbacks including a bomb that brought down a Russian passenger plane.

Yehia Rashid said the ancient land of the pyramids and Red Sea resorts was determined to secure a strong recovery even though the number of foreign tourists fell by 40 per cent in the first quarter of 2016, compared with the same period last year.

The most populous Arab nation aims to attract 12 million tourists by the end of 2017 with a six-point plan, he said.

“I am very hopeful, optimistic about the future of tourism into Egypt,” Rashid told Reuters in an interview. “I want to get that smile that you are smiling into the faces of everybody. We want to stay positive.” Egypt tourism revenue has taken a heavy hit since a Russian plane crashed in the Sinai last October, killing all 224 people on board in what President Abdul Fattah Al Sissi called an act of terrorism. Daesh said it planted a bomb on board.