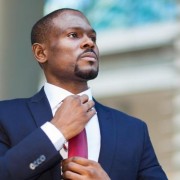 As more and more businesses seek to become part of the ‘African growth story’ and expand across the continent, many are learning along the way that doing business in Africa poses some significant challenges – not least of which is securing key executive skills. Despite local talent being in short supply, many multinationals are finding that the traditional model of deploying expatriate executives in these countries is an increasingly unattractive option,

This according to Leon Ayo, CEO of Odgers Berndtson Sub-Saharan Africa, who said: “One of the biggest challenges companies face when entering Africa is securing experienced senior executives to execute their expansion plans.

“The local skills shortage is acute, mainly because many African businesses have not operated on a multinational scale for long enough, with the result that even qualified people do not have the necessary international experience.”

The appropriate skills for multinationals are thus typically sought among the expat communities in developed economies. According to a recent white paper issued by Odgers Berndtson, however, many companies are actively reducing the number of expat executives that they deploy across Africa.