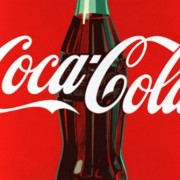 South Africa’s third cellular provider is also the smallest in terms of workforce. However, this can act in its favour says the CRF Institute because it can act swiftly. “It also enjoys excellent relationships with stakeholders, while its flat structure adds to its nimble approach,” it said.

It could be easy to assume the world’s largest beverage company may treat their staff more like numbers than people – but this is far from the case. Black economic empowerment (BEE) is a priority for the company, extending to bottlers as well as initiative es in the local community.

One of South Africa’s most established construction and engineering companies, Group Five has Level 3 accreditation for BEE. Built on proud traditions dating back to its early days in 1974, it has a strong diversification strategy, supported by its commitment to its shareholders, customers, employees and communities.