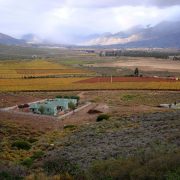 Many still await documents that they need to complete application

Lesotho nationals living and working in De Doorns are not sure whether they will be able to meet the application deadline (30 September) for the Lesotho Special Permit (LSP), says Owen Maromo from People Against Suffering Oppression and Poverty (PASSOP), an immigrant rights organisation.

LSP is a project initiated by the South African and Lesotho governments to regularise Lesotho nationals living and working in South Africa. The initial closing date was 30 June 2016 but this was extended.

According to a GroundUp report in May only 500 out of about 5,000 Lesotho nationals living and working in De Doorns had managed to successfully apply for LSP by 30 June 2016.

In August the Lesotho and South African governments ran a programme in De Doorns, Worcester and Ceres assisting Lesotho nationals to apply for birth certificates and identity documents since most of them were not in possession of these, which are necessary to apply for an LSP.