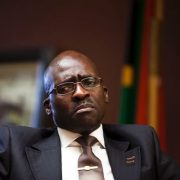 HOME Affairs Minister Malusi Gigaba had a request for cushier travel for his staff turned down.

Gigaba had sought permission from Treasury — whose belt-tightening measures for government include travel costs — for his staff to travel business class.

The motivation for the deviation from the Treasury’s cost-containment measures read: “The minister was inconvenienced and had to further wait for the disembarking of the personnel assistant from another terminal to be able to proceed with the trip which resulted in the minister arriving late for scheduled appointments.”

In refusing Gigaba’s request, Treasury said these time delays should be taken into account by the Department of Home Affairs when planning official trips.

This emerged in Finance Minister Pravin Gordhan’s answers to parliamentary questions from the DA.

DA finance spokesman David Maynier applauded Treasury’s resolve in the face of some departments’ resistance to the measures.

“To National Treasury’s credit, it turned down 22 of 28 requests for deviations from cost containment measures between April 1 2015 and July 31 2016,” Maynier said.

“The minister of finance, Pravin Gordhan, is clearly desperately trying to hold the fiscal line but his belt-tightening measures are being resisted by ministers and officials too accustomed to the high life.

We will have to identify big-spending ministers who are undermining cost-containment measures being implemented by National Treasury.”