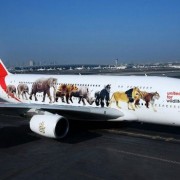 Cape Town is one of the most popular travel destinations in the world for Dubai-based Emirates, and the fast-growing airline plans to add a third daily flight to the top South African tourist spot, Albawaba reported.
Connectivity to Cape Town has been increasing over the past few months, according to Traveller24. Many international and African airlines have launched new direct flights there. Direct flights between Cape Town and London, Nairobi and Botswana’s Okavango Delta are all planned. 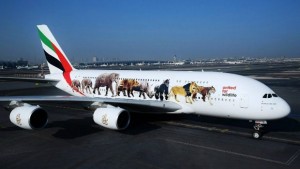 The new Emirates Cape Town flight is an addition to the two daily flights already offered between Cape Town and Dubai and it’s about meeting growing demand, the airline said.
The increased frequency underscores South Africa’s importance as a major business and tourism destination, the airline said. The code share cooperation between Emirates and South African Airways means greater access to SAA’s customers on Emirates’ global network.
Increased business activity between Africa and Asia has helped Emirates, national carrier of the United Arab Emirates, become one of the largest airlines operating in Africa, according to a report in HowWeMadeItInAfrica.
The airline serves 28 destinations on the continent, in October adding Bamako, Mali. Emirates plans eventually to fly between almost every African market and Asia.

Falooda, Samoosas And Dhaltjies: How To Experience Cape Malay Food In Cape ...
Scroll to top