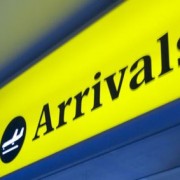 South African Tourism unveiled its new ‘five in five’ strategy at the Satsa conference last week. The plan aims to increase by five million the number of travellers to and in South Africa over the next five years.

Margie Whitehouse, CMO of SA Tourism, said the aim would be for four million of those travellers to be internationals and the remaining one million to be from the domestic market.

“We’re in the process of organisational review to look not only at best practice of DMOs, but of international companies as well, that work in the model that we do to see how best to structure ourselves,” said Whitehouse. “We’re working very hard with Treasury to convince them that we have the best economic case.”

The total arrivals to South Africa recorded for the year ending 2015 was 8 170 882. “Four million on our current nine million; is that a stretch in target? It’s 46% growth,” said Whitehouse. She added that, as a result of the dip experienced last year, the growth targets for 2016 were “soft” but the aim was to achieve 13 million international travellers by 2021. According to Whitehouse, there are five strategic thrusts that would assist SA Tourism to achieve this growth. The first of these is the market investment framework or market portfolio. “We are in the process of understanding market dynamics right around the world in every single country.” She said this entailed looking at what the propensity was to travel to long-haul destinations, and how attractive SA was to international visitors.