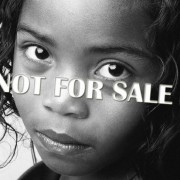 The Department of Home Affairs has welcomed the arrest of three people in Rustenburg, North West, on charges of human trafficking following the rescue of 57 Malawian children and young adults by police officers, over the weekend.

The vigilance of the South African Police Services in this regard is commendable. It goes to show why the department has all along raised alarm about this heinous crime calling on all to support government’s efforts to combat it, for the sake of the vulnerable, especially children, who are likely to fall victim to unscrupulous people.

The documentation of children may be perceived by some as unimportant and inconvenient however it plays a critical part in giving children identity and the rights that come with it. Those who are privy to the modus operandi in modern slavery and human trafficking know that documentation, or lack thereof, is where exploitation begins.

Birth certificates that share with officials the legal guardianship of a child should not be undermined. They play a critical role in eliminating possibilities for our ports of entry to be negligent or implicit in child trafficking.