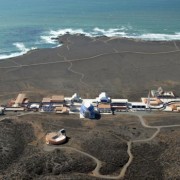 The UK government is to stop giving money to a charity in Malawi following a BBC investigation which found it was under the control of a cult-like group.

Dapp, which runs education and health projects in the African country, has received millions of pounds in the last decade from the UK, EU and Unicef.

It is connected to the Teachers Group, whose leaders are wanted by Interpol over fraud allegations.

British officials have suspended funding and launched an investigation.

The move follows an investigation by the BBC and its US partners into Dapp Malawi, the Malawian branch of charity Development Aid from People to People.

Dapp is one of the major NGOs active in Malawi, providing a range of aid projects from farming to health and education.

Jobless Zim graduates rise up against Mugabe
Scroll to top