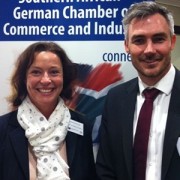 In his view, this is one of the reasons for the “incredible migration” into the province – especially from Gauteng. “People are voting with their feet for quality of life and it shows business is not necessarily synonymous with Johannesburg,” said Harris. He emphasised that a large part of the “semigration” from Gauteng consists of young entrepreneurs – especially in the tech and services industry – who bring their skills, capital and experience to the province.

After visiting different regions in Germany in an official capacity, Harris realised South Africa actually needs to embrace internal competition among its regions. In his view, that is what turned the German economy into “the most competitive in the world”.

Relocation Africa attended the luncheon on the 16th August in support of building confidence within the WESTERN CAPE’s Economic outlook and South Africa’s growing economy.